Celebrating a Long Partnership with the Vineyards of Red Mountain

One of my early experiences in the Washington State wine industry was a visit to Red Mountain. I went there with a friend in the early 1980s to look over some land. This was in the days when Ciel du Cheval was one of only several vineyards on the Mountain, and well before fame had reached the area. There wasn’t even a Columbia Valley AVA, let alone a Red Mountain AVA. Land could be bought for about $500 per acre, a far cry from the $50,000+ seen today. Obtaining sufficient irrigation water could be problematic even then. Still, that slope facing off to the southwest overlooking the Yakima River and the Horse Heaven Hills had a special feel to it. 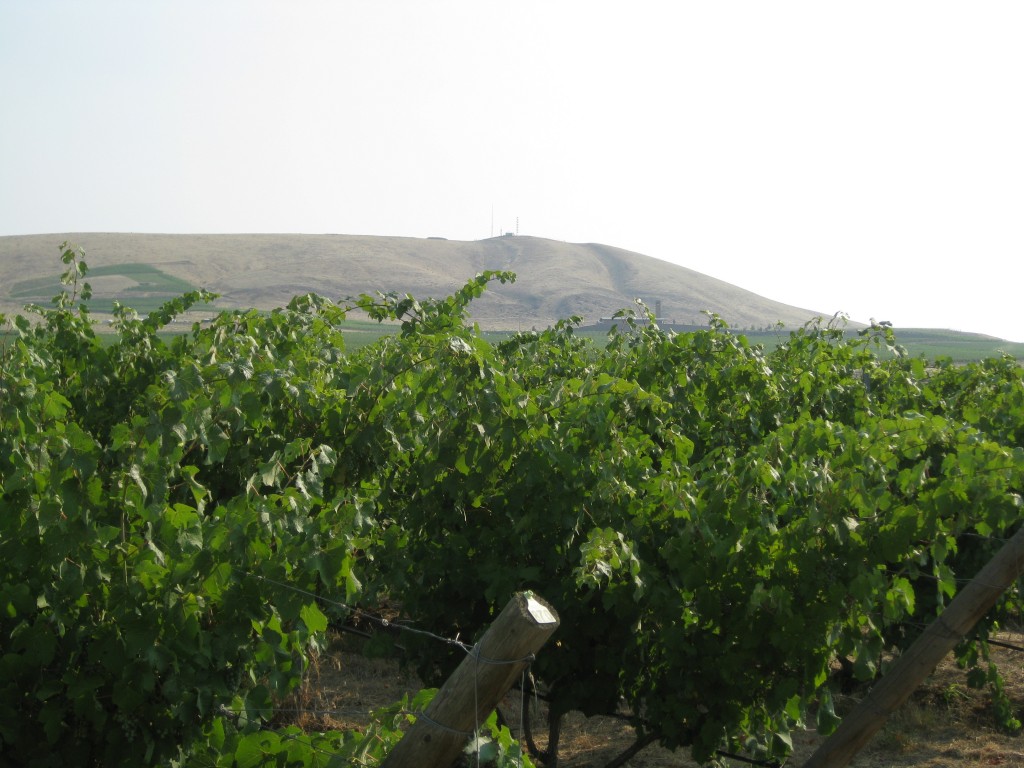 From Klipsun Vineyard Cabernet Block, looking northeast towards the peak of Red Mountain and Col Solare winery in the distance.

Seven Hills first began buying grapes on Red Mountain from Klipsun Vineyard in 1991; a Cabernet Sauvignon block planted in 1989 by the Gelles family. We opened a bottle of that 1991 Cab 20 years later at the Gelles home for a British wine writer this last May, and it delivered sweet fruit, on a fully mature structure without a hint of tiredness. Remarkable among Washington State winegrowing sites from the beginning, we’ve continued to enjoy and produce Bourdeaux red varietals from Red Mountain ever since.

In 2001 we began bottling a single-vineyard Bourdeaux-style red blend named simply Ciel du Cheval, Vintage Red Wine. Ciel has a wonderful capacity to produce wines of power, wrapped in elegance, layered with complexity. These bottlings have earned numerous accolades over the decade from a variety of wine publications. A few years later, we began working with Fred & Jorja Artz, using Cab and Merlot blocks from their Artz Vineyard, just to the north of Klipsun, sited on a northward facing slope. Fred had managed Klipsun Vineyard for many years, and is one of the most experienced viticulturists on the Mountain. For me Artz is about huge, almost impenetrable structure, good acidity, a signature kirschwasser liquer fruit note and that dusty-earth on the nose that always says “Red Mountain!”. From 2005 on, Artz Vineyard Cab has been an extremely important building block in our Red Mountain Cabernet Reserve bottlings. These Cabs are not for the faint of heart when young, and need at least five years in the bottle to begin opening up and showing what lies in their future. They will have a rewarding 15-20 year life in the cellar, without a doubt.

Today, I look back with pleasure on the many vintages of incredible red wine we’ve been able to produce from Red Mountain, and the relationships with the growers who’ve passionately produced grapes of the highest quality. Viticulture on Red Mountain has come a long way since I first stepped foot on that young Ciel du Cheval vineyard back in the early 80’s, but it’s really the coming decades I’m excited about as we continue to hone the grape growing and winemaking, elevating the wines to a whole new level.

Currently we offer the following expressions of Red Mountain terroir:

Commenting has been turned off.
›